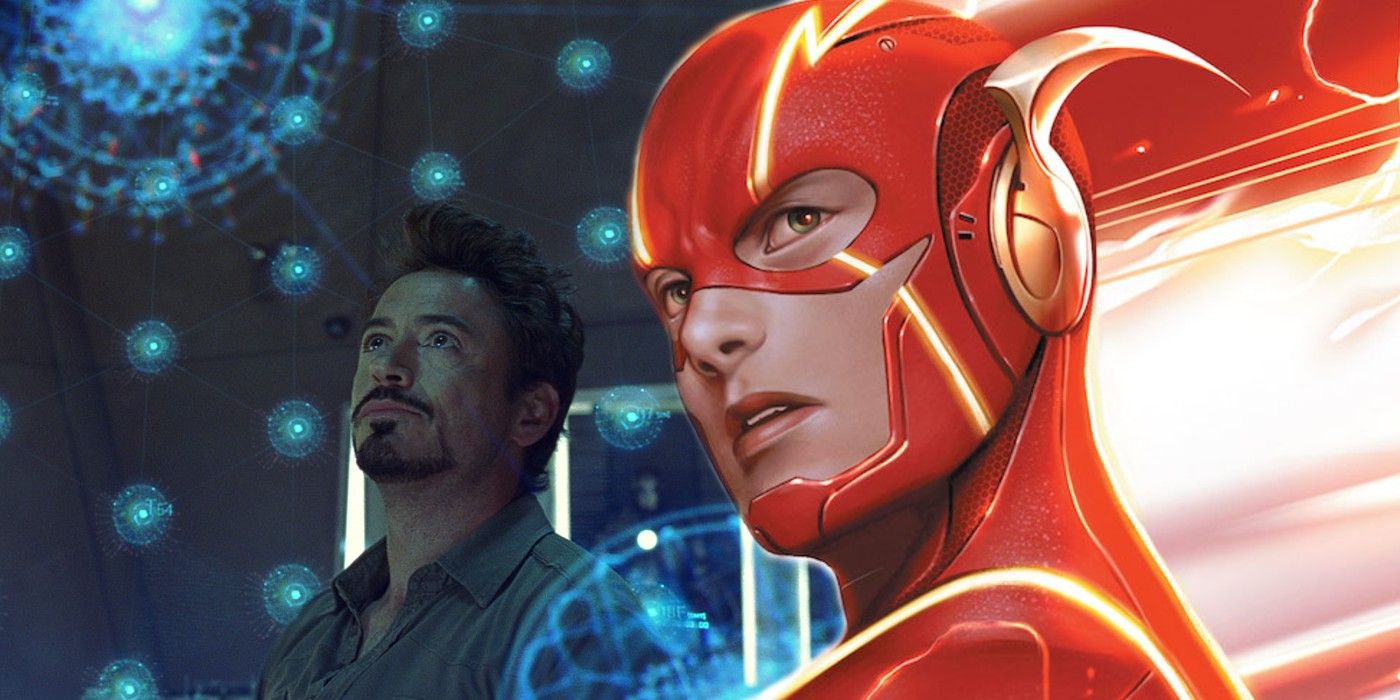 Warning: spoilers ahead for The Flash #765!

In the latest issue of DC’s The Flash, Barry Allen has lost his connection to the Speed Force, and it’s all thanks to his old foe Dr. Alchemy. In their last battle, Alchemy used the Philosopher’s Stone to change something about the Fastest Man Alive. Having lost his speed, Barry is forced to fall back on his skills as a forensic scientist and chemist, hoping to find some sort of clue to get his speed back and stop Alchemy from causing any further chaos. In doing so, Barry discovers that he’s going to have to remake the element he once invented himself, which is pretty similar to what Tony Stark did in the MCU’s Iron Man 2.

In the issue from writer Kevin Shinick with artists Sami Basri and Will Conrad, Barry discovers that Alchemy didn’t actually change anything within Barry’s own body composition. Instead, he used the Stone’s abilities to transmute the composition of Barry’s Flash ring, turning it into a disruptor that got in the way of his Speed Force connection. Once he realizes this, Barry heads back to his lab to figure out what might have changed within his ring as a result.

Related: The Flash’s Ultimate Speed Form is a Nightmare

Upon further study in The Flash #765, Barry discovers that Alchemy changed a core element within his ring to disrupt his speed: Lighzinium. Lighzinium is an element of Barry’s own creation, which he made to protect the gold that was once his parents’ wedding rings. Barry made the lighzinium after his ring was exposed to the Speed Force, which changed the metal on a subatomic level. Barry was then able to replicate it to protect his ring going forward, as he does here in this latest issue. 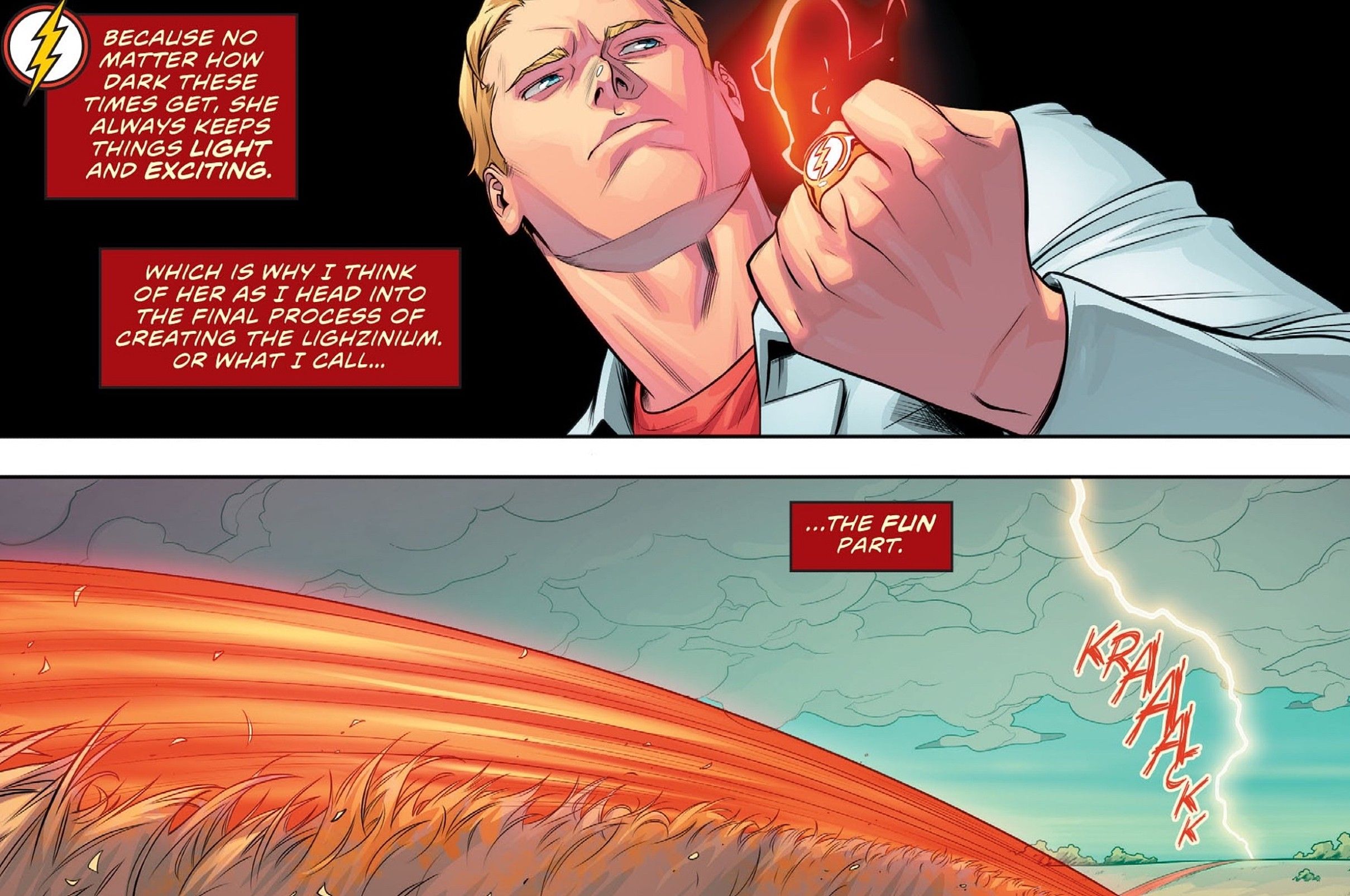 Having the Flash recreate an element of his own design in The Flash #765 is pretty cool, and it’s also similar to Tony Stark’s arc reactor in Iron Man 2. Just like The Flash, Iron Man needed to create a brand new element. This was because he needed to replace the palladium that was powering the arc reactor in his chest. While it was keeping him alive, it was also slowly poisoning him over time, and would have led to his eventual death had Nick Fury not arrived. Fury provided Tony with a path to create his own brand new element, which his own father Howard Stark laid the groundwork for. In the tie-in MCU comic Fury’s Big Week, it’s revealed that Tony tried to patent the new element with the name “Badassium,” which is just plain awesome.

The Flash and Iron Man are both quite brilliant, and it’s fun to see that they’re both smart enough to create their own elements. Unfortunately for the Flash, even his masterstroke was part of Dr. Alchemy’s trap. Dr. Alchemy was secretly watching Barry, waiting for him to recreate the lighzinium, as it was the final component he needed to absorb the power of the Philosopher’s Stone into his body. Regardless, Barry is incredibly smart, and he’s been needing to rely on his mind just as much as his speed for this fight with Alchemy. He just needs to find a way to outthink him. Here’s hoping the Flash can stop Alchemy before it’s too late.